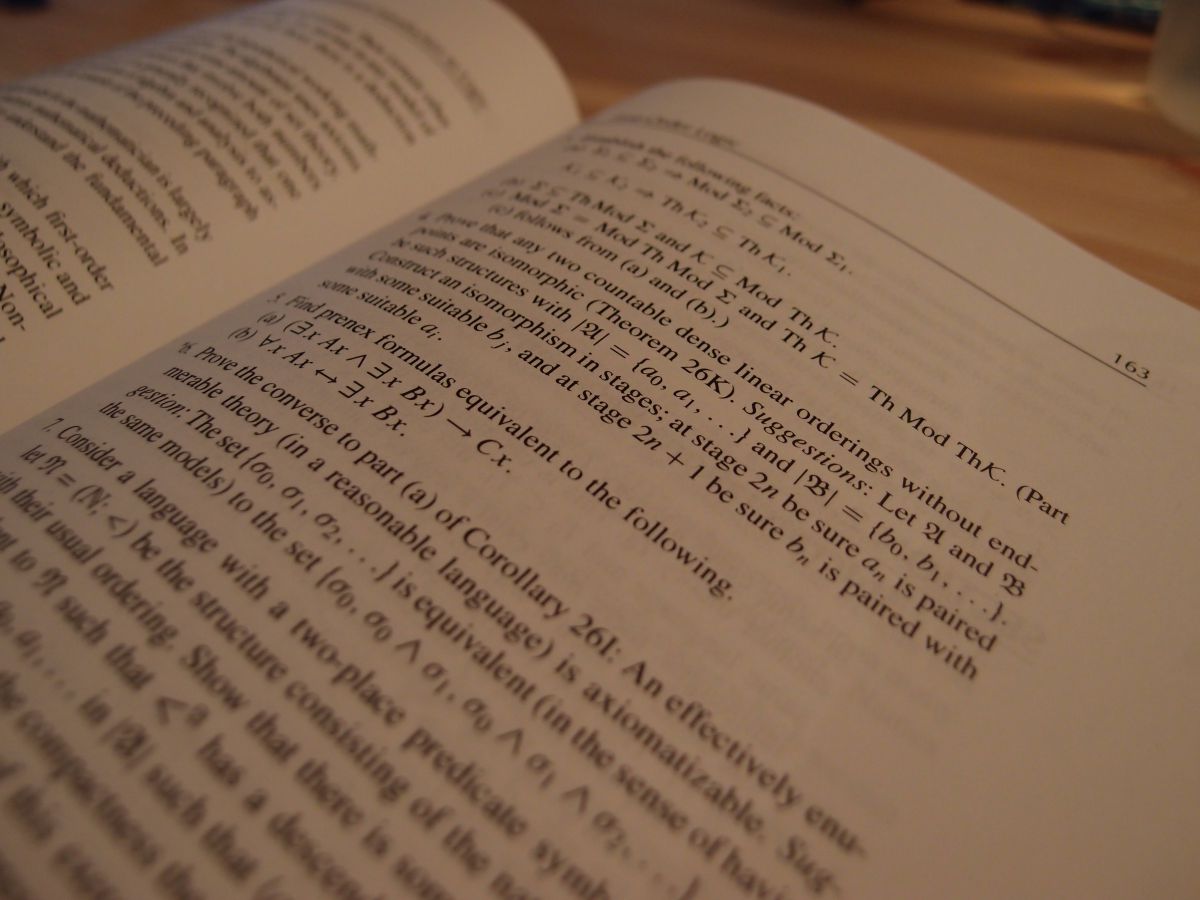 It’s been quite a while since my last post, here’s a quick update on the courses I ended up taking:

I will be updating this blog much more often now. Upcoming posts include a look into the mathematics culture here, how my lifestyle has adjusted, and a peek into the life of famous Hungarian war photographer Robert Capa! 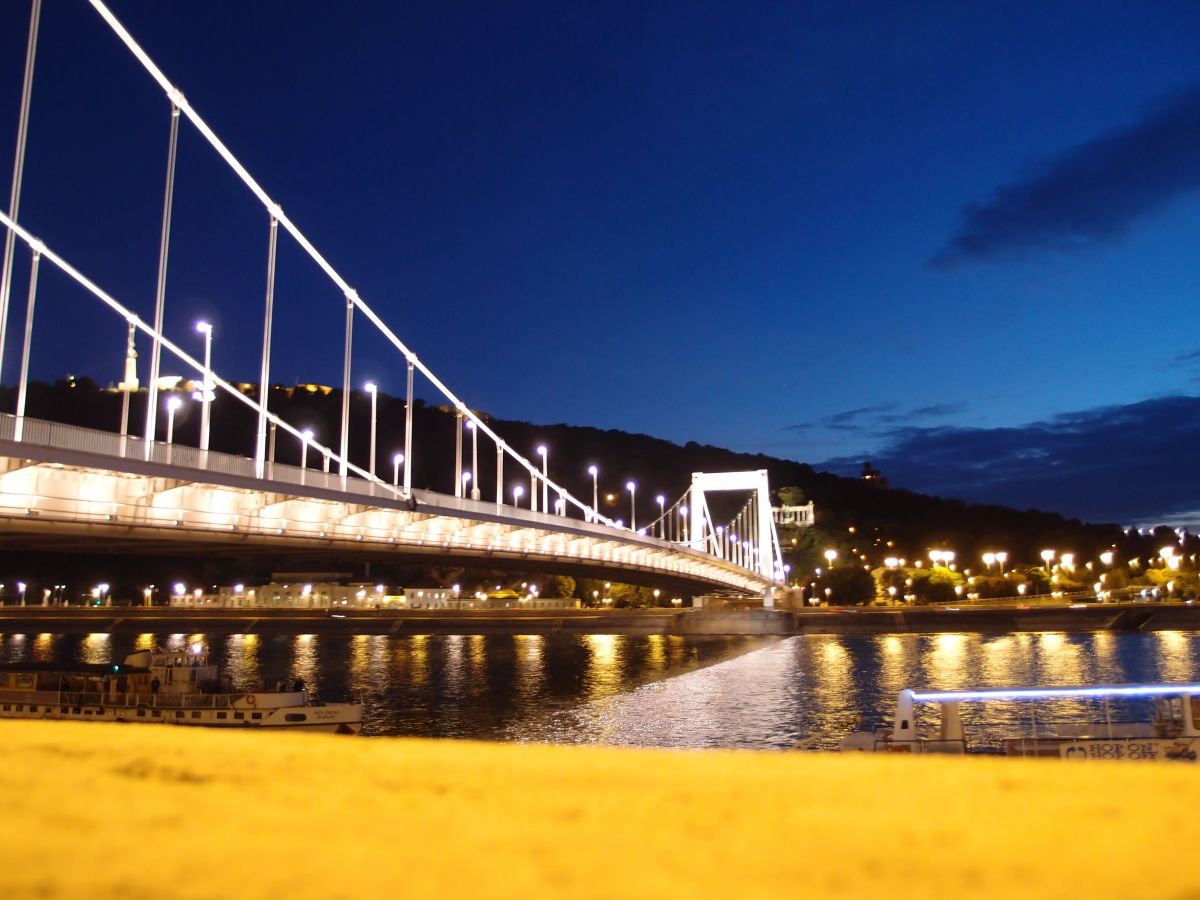 Howdy, all. Sorry for the lack of updates, this last week I’ve been recovering from what amounts to the worst stomach bug I’ve had in…a few decades, actually! It hasn’t been fantastic. That said, I am all better and exciting events are on the horizon! For now, let me catch you all up on the last two weeks:

Not an exciting two weeks, but I promised I’d give an accurate account of the experience, so here you go! The good news is math classes start this next week, along with some events like a World Cup Qualifying match at the stadium close to the BSM school, so stay tuned! 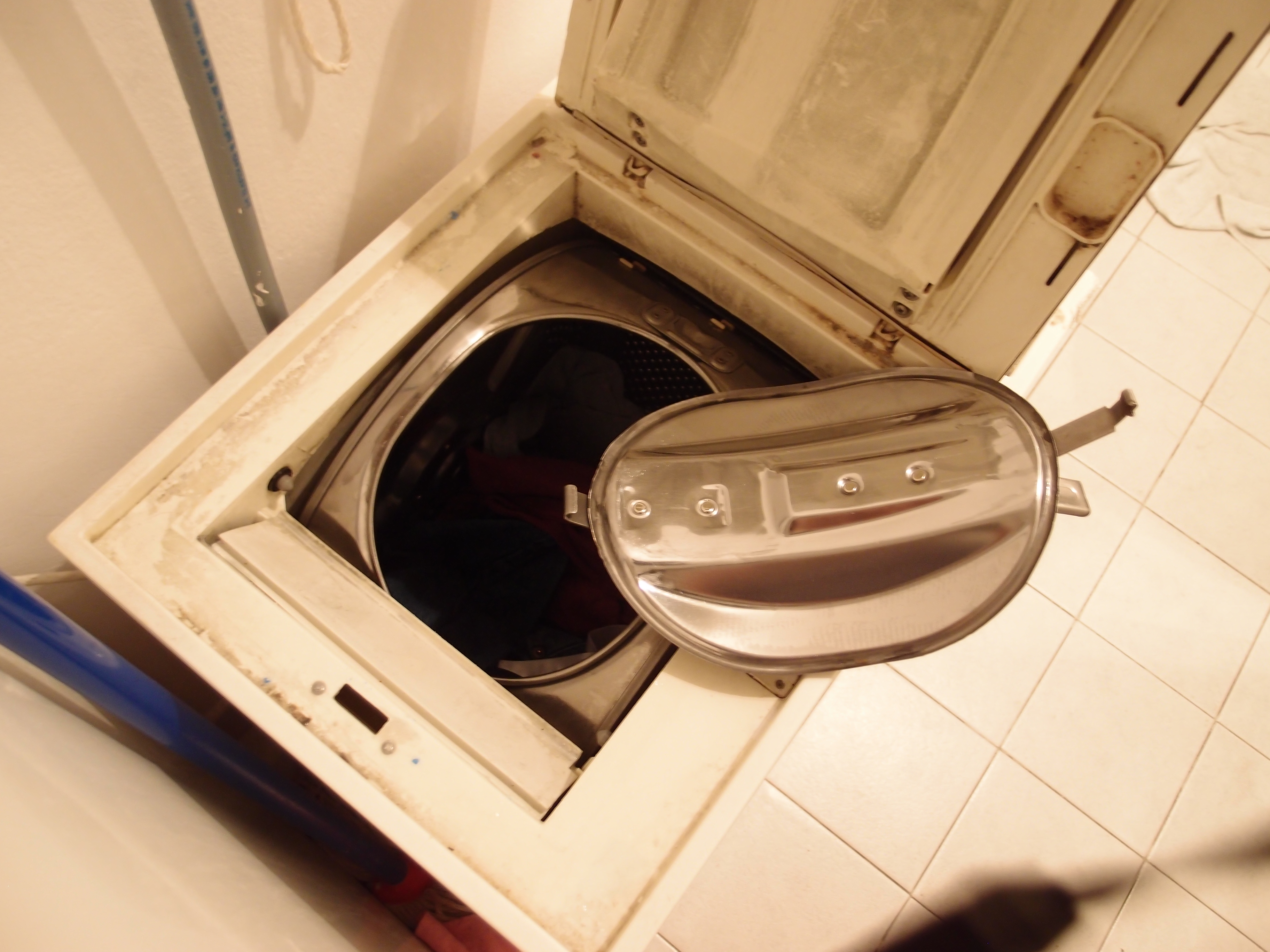 Tonight I want to share two experiences from the last week or so, and think a bit about the exact nature of culture changes and which differences result in what they call culture shock. First, the two experiences: My landlady initially described this washer as a "flintstones machine." I don't really disagree!

1. My apartment’s appliances. Over this last summer I was fortunate enough to have an apartment built in the last year or so, with brand new appliances. When I say brand new appliances, I mean the really nice stuff. My current apartment is quite different, however. The fridge is half the size of an American one, and has no dedicated freezer door. The oven and stove are both lit with matches, and you need to hold the gas dial for an undisclosed-but-seemingly-fixed-but-also-random amount of time, and even then it sometimes goes out. The shower has the water heater directly attached, and sometimes the pilot light can go out, requiring it to be lit again with a match. The shower also has two knobs for hot and cold water, but if the hot knob is stationary then the flame might go down, causing the temperature to oscillate between scalding and ice cold. While these appliances clearly are different than the American ones I used this summer, they feel as European as the rest of the flat and I’ve had absolutely no problem adjusting to them as part of my home. Look at what all I got charged for and the relative prices.

2. Hungarian interpretive food. Sure, Hungarians have their own unique dishes just like any other culture. What I find fascinating though is to taste the Hungarian interpretation of another cultures’ food. For example, in America we have “Chinese food” that we know isn’t really food from China, but more of an American interpretation of Chinese food. In a sense, American Chinese food is an American dish, part of our own culture — we have expectations for how it should taste. Likewise, Hungarians have their own Chinese food. In this segment, however, I want to concentrate on the Hungarian McDonalds I visited. First off, the few McDonalds I’ve seen in Hungary are two (or even three) stories tall. They differentiate from the food from the coffee, giving each their own floors and dining areas. Sitting down in a McDonalds for a while, I noticed that not a single Hungarian had a cup larger than the very smallest cup available, which was a stark contrast to the super-size American cups. Listening to the radio mingling through conversations, I heard a European voice singing in broken English the words “we stand strong for the red, white and blue.” Well, Hungary is red, white and… green. Perhaps this place isn’t so much a Hungarian interpretation of American food as much as an attempt to bring America to Eastern Europe. Not so much a surprise, all things considered, but I walked out thinking that this McDonalds experience felt very different from the American one; it didn’t feel right.

While these two tidbits are somewhat interesting on their own, I want you to think a bit about the contrasting feelings I walked away with. The first one felt very different from what I’m used to, and yet I had no difficulty adjusting. On the other hand, the McDonalds felt very alien from the expectations I’ve developed from experience. In a sense, you could say I had more culture shock going into a McDonalds than I did settling in a European flat. Does this statement seem counterintuitive?

For a few days I chewed on these thoughts and I think I’ve finally pieced together the difference: expectation. I’ve never lived on my own in an apartment in America for more than a few months at a time, I’ve never researched and chosen appliances, or even used them long enough to feel really attached to them. Coming to Hungary, I expected to live in a European apartment where I knew different cultural aspects like shopping more often affect the living style (having a smaller fridge, etc.). My expectation for the living arrangement was that I wouldn’t have an expectation for the details. On the other hand, I had an expectation for McDonalds! I have a cultural expectation for what a fast food joint looks like, smells like, feels like; I know that ketchup and napkins and straws are all free and also know that Americans like to grab as much of these as they want. But to be charged for these items, and to see the local Hungarians understand this system and adapt to it? All of a sudden my expectations were broken and I was able to observe the culture directly, respectively. That’s kind of cool if you ask me.

At the end of the day, what is culture shock? If you asked me right now I’d say it’s the feeling that all expectations you have will be broken. You expect (subconsciously) to speak English but are greeted with a foreign language. You expect to be able to buy your favorite foods in grocery stores, then find out the country doesn’t carry the items at all. Perhaps the best way to manage culture shock, then, is simply to contain it. Understand what you should expect and what you shouldn’t, and walk into situations with an open mind. It’s not a meaningful experience if you don’t learn something new, right?

Well, the Wednesday post didn’t happen, so I’ll cover the whole week in this one. Before I start, though, here’s the general timeline of my study in Budapest:

As you can see, this week was split between settling in and starting the language course, and it was quite hectic. So let’s dive into it!

As usual, let me know if you’d like to hear more about anything! Pictures from several of these events will be on Twitter soon, they’re…developing.

Come back tomorrow for a reflection on what precisely we mean by a “cross cultural experience” and why the subtle experiences seem to have the biggest impact. 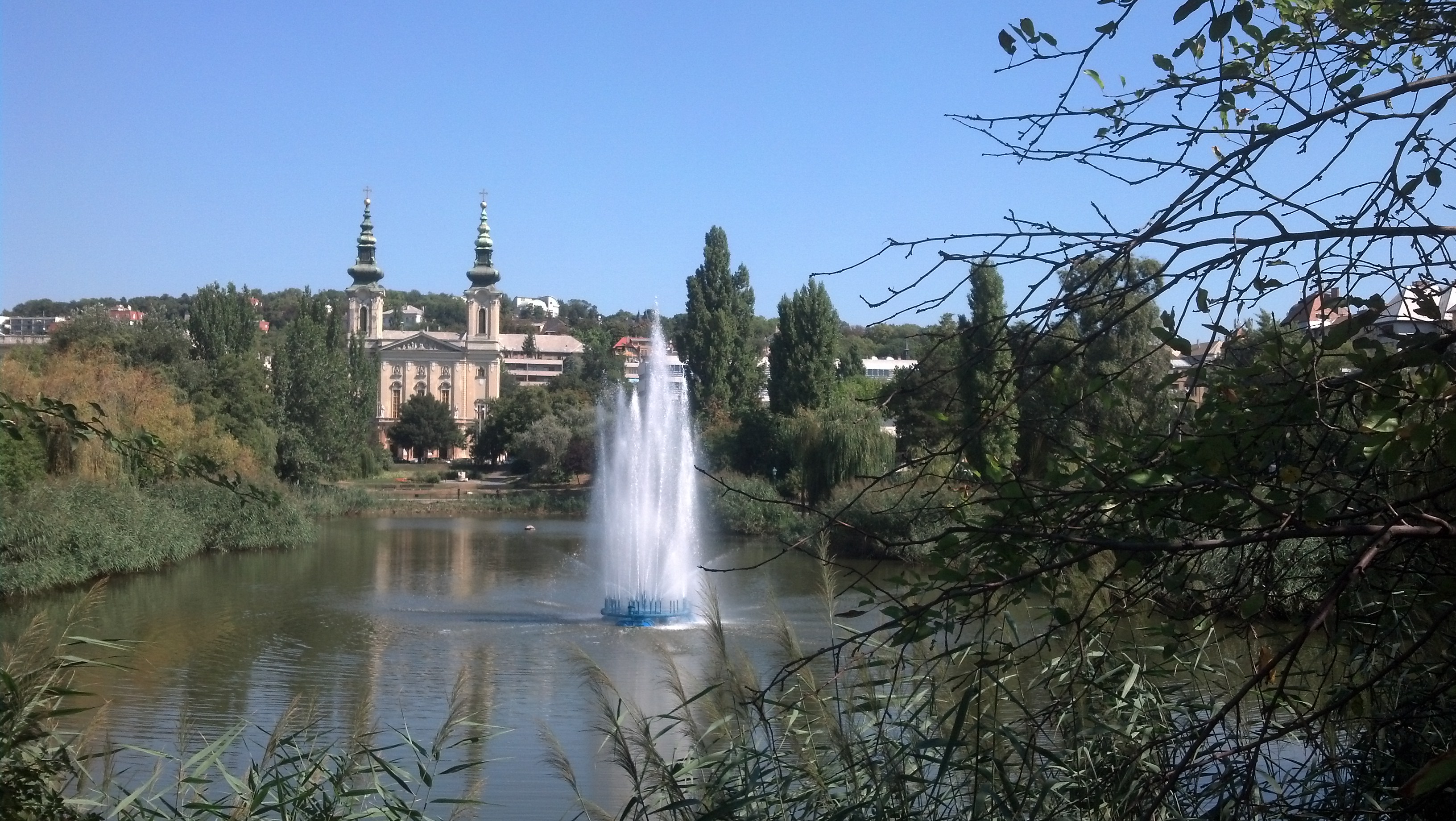 Hello! My name is Timothy and this semester I am studying in the Budapest Semesters in Mathematics (BSM) program in Budapest, Hungary. Details about the program are below, but first I want to outline how I’ll be using this blog. To communicate the different facets of the experience and have a regular flow of updates, I plan on posting on this schedule:

Finally, the purpose of this blog is to share my experience to others, not to talk into a void. Please do communicate with me so we have an active dialog going! Commenting on this blog and on Twitter are particularly appropriate means of communicating, but I will also answer emails if needed. No question is too silly or bothersome, so please do share your thoughts!

I hope you enjoy sharing a bit of my travels!

Home to several prominent mathematicians such as George Pólya, Paul Erdös, and Béla Bollobás, Hungary has a rich tradition of mathematics excellence. Designed in 1983, the BSM program allows around 70 undergraduate students from North America to study mathematics taught, in English, by Hungarian professors. More information about the BSM program can be found at the American website (http://www.budapestsemesters.com/) or the Hungarian website (http://www.bsmath.hu/).