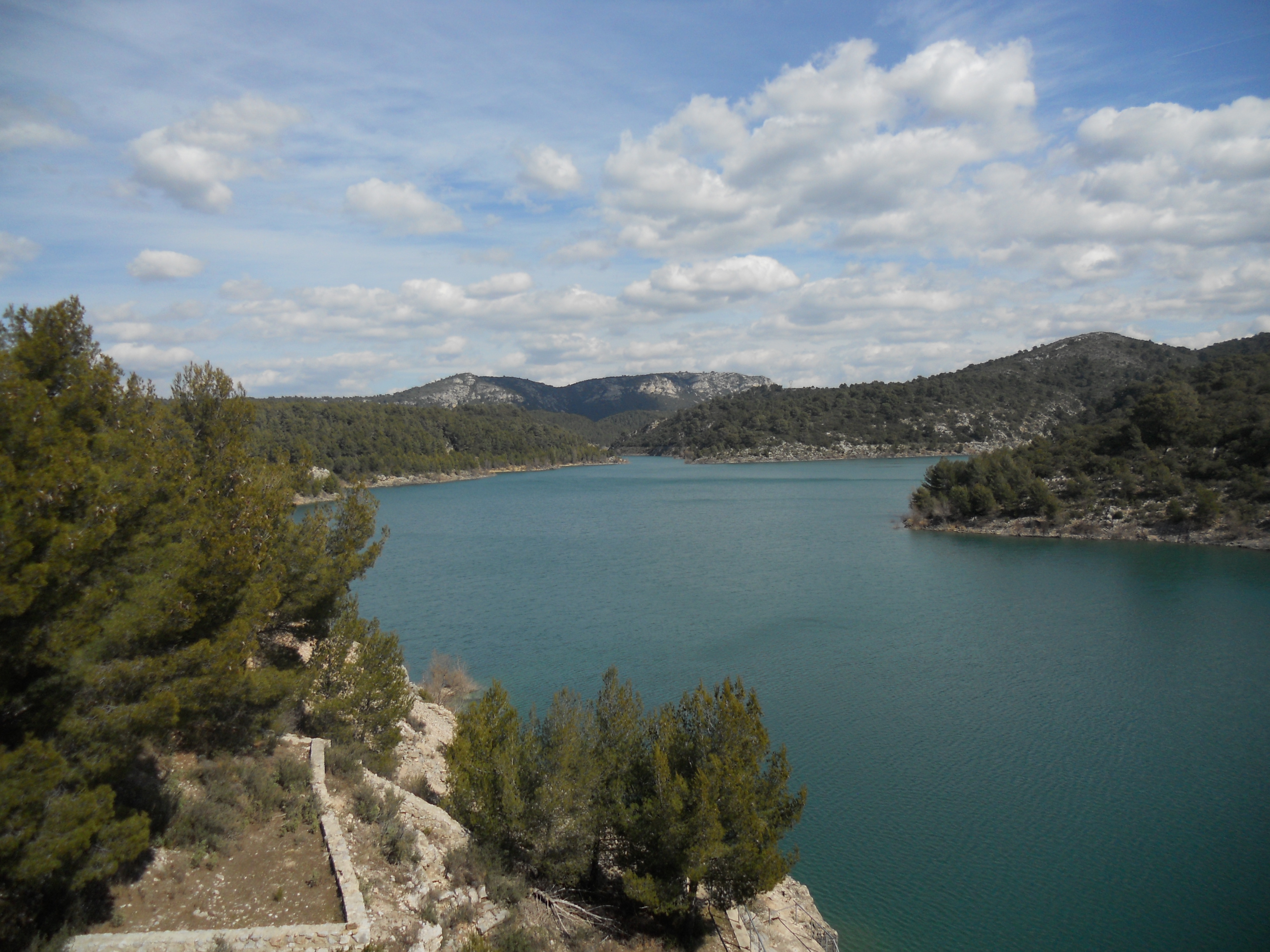 Last weekend, my program went on a weekend trip to Aix-en-Provence, which is a small town in the southern part of France. We left early Friday morning on a TGV train, which took a little over three hours to get to our destination. I had never taken a train before in my life, so I was pretty excited to see what it was like. The TGV (Train à Grande Vitesse = high-speed train) was just as cool as I’d expected. I was really surprised how fast the train went and how far we went in such a short amount of time. Let me put it this way: the TGV trains regularly reach up to 200 mph, which makes it the world’s fastest train system. I can’t wait until I take the TGV on my next weekend trip. The only downside to the train ride was that my ears kept popping when we went though tunnels, which happened to be pretty often. When we arrived, I was immediately blown away by the view of the mountains from the train station. Aix-en-Provence is a very beautiful city that is tucked into a plain in a mountain range. The buildings looked pretty ancient, as do most of the buildings in France, and you can really sense the history of the city. One thing I really liked about Aix-en-Provence was the little pedestrian streets lined with shops, which reminded me of Brussels, Belgium. My group took a guided tour through the downtown area, and we saw a lot of old architecture and artwork from the 18th century inside every day buildings such as a bank and a grocery store.

One thing that really made Aix-en-Provence stand out from other European cities I’ve seen so far is its landscape. On Saturday, my group went for a hike up a mountain near the city, and boy, did we choose a beautiful day to be outside. I had been used to wearing a winter jacket, scarf, and hat in Paris since spring has not seemed to sprung yet (it snowed days after my last post about the great weather). On the mountain, the temperature definitely warmed up a little with the bright sun, and I was finally able to take off my jacket for a short time. Something that really surprised me this day was the number of “Bonjour”s that we heard as we were hiking. I just could not get over the fact that more than one stranger said hello to us! This simply isn’t done in Paris, where no one dares to make eye contact in a public area. It felt refreshing to see that the French are more similar to Americans than I thought. During my stay in Aix-en-Provence, my group also got the chance to hear a reading called “L’Art et la Révolte by French rapper Abd al Malik. The show was essentially a poetry reading based on the work of Albert Camus (a French philosopher) accompanied by hip-hop/jazz music. I did enjoy listening to the music, but the reading was extremely hard to follow. Malik spoke French very quickly, and I could only catch a few words here and there. Overall, I’m glad that I was able to see his performance and do not regret attending the show.

Although the weather did not stay nice the entire weekend, I had a great time in the South of France. I especially loved bonding with my group and being surrounded by nature, which is pretty hard to find in Paris besides in a park.

There’s Something in the Air in Valencia