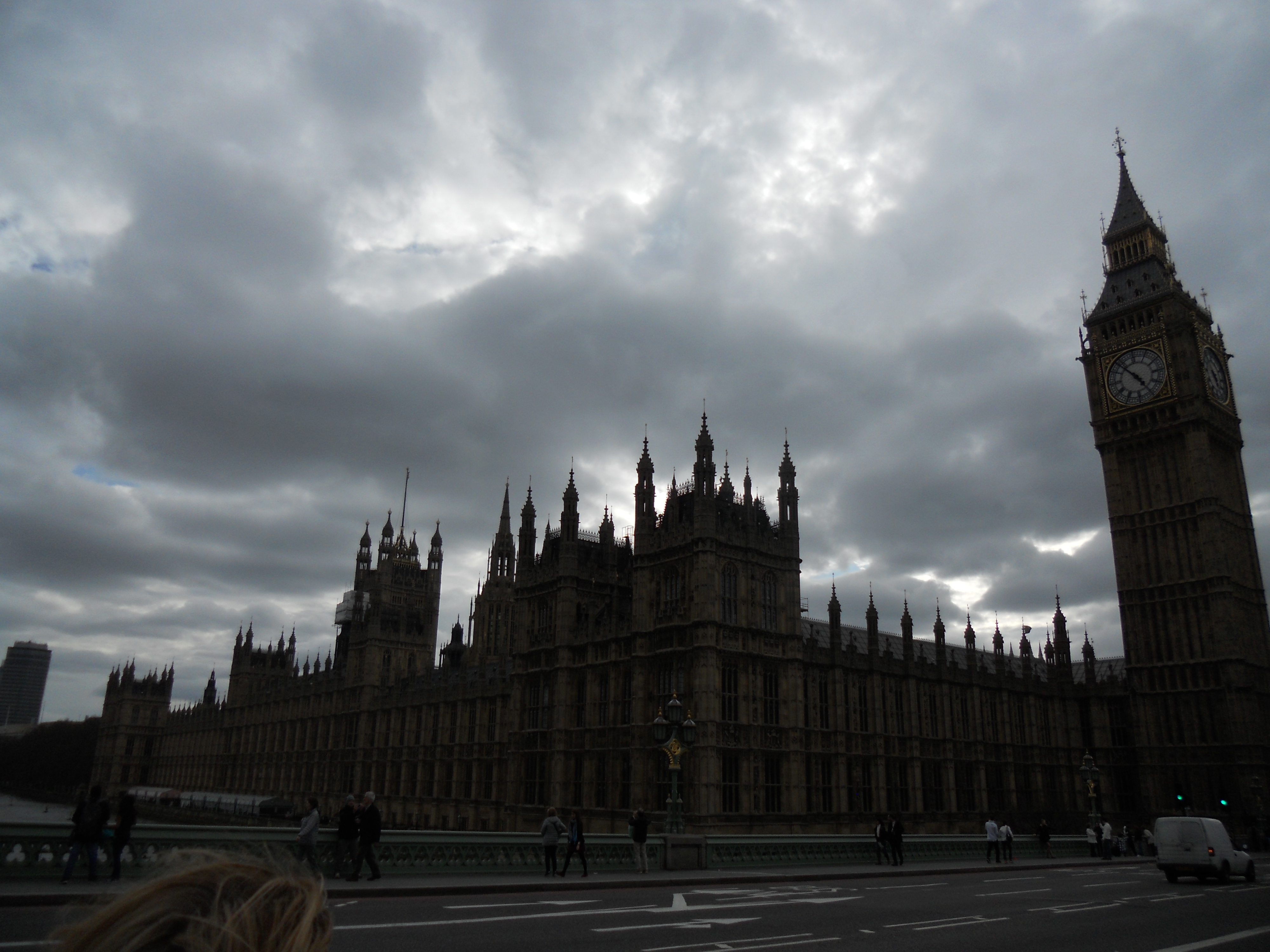 I have always dreamed of visiting London; seeing Big Ben has always been towards the top of my bucket list. Last weekend, I finally got to make that dream a reality. Of course I wanted to see as much as possible in the three days that I was there, so I arrived with a long list of sights to see. Unfortunately, I didn’t realize how big London is, and I didn’t get to cross everything off my list during this trip. As soon as we walked outside of the train station, I instantly knew that I was in London. Everywhere I turned, I could see red double-decker buses and telephone booths, and as I listened in on conversations on the street, I could clearly hear British accents. I can’t describe how nice it was to finally be surrounded by English for a change!

When we arrived, the weather was a bit rainy, so we didn’t get to see many sights at first. Instead, we spent our time mostly indoors on Saturday, first at the world’s largest Ripley’s Believe It or Not Museum. I had been to one before in Wisconsin Dells, but this one was undoubtedly the best of its kind. I personally love everything bizarre, so I had to go inside once I heard it was the world’s largest Ripley’s museum. They had all sorts of strange items, including a prehistoric shark’s set of teeth, an iron maiden, and shrunken heads. It may not have been worth the 22 pounds that we paid (even with a student discount), but it was a nice was to pass the time out of the rain. Bre and I in front of Buckingham Palace

The highlight of my weekend was without a doubt seeing The Phantom of the Opera at Her Majesty’s Theatre. I am a huge fan of the story; I have read the original book and many other fanfiction novels about the Phantom, and I have seen the both original and most recent film countless times. I adore the soundtrack and can sing you any song you choose by heart and play it for you on the piano (not necessarily at the same time!). During the show, I couldn’t help but mouth the words along with the actors. I was completely blown away by the quality of the singers’ voices and the special effects. When the chandelier went up at the very beginning and the organ started wailing the main tune, I had a mini heart attack and had the widest grin on my face. I believe that the Phantom of the Opera is a very important part of London’s broadway history, and I am so happy that I had the chance to see my favorite musical on stage in the best place in the world to see it performed.

After two days of rain, the sky finally opened up on Sunday and made way for a unbelievably beautiful day. My friend and I spent the entire day walking around London sight seeing. Our first stop was Abbey Road, made famous by the Beatles’ album of the same name. There were many tourists there literally stopping traffic just to snap a photo like the Beatles, and of course I became one of them. We then headed toward the River Thames, where we passed Buckingham Palace, Big Ben, Westminister Abbey, and a lot of other really cool buildings. I was really surprised by how many great tourist spots were all clustered together in the same area. It did make for an easy sight seeing tour, though! After that, we saw the Globe Theatre, Millenium Bridge, St. Paul’s Cathedral, and the London Bridge, just to name a few.

I was completely amazed at how much there is to see in London, and I’m sad I couldn’t see it all in three days. Now that I know how great London really is, I am itching to go back and take a closer look at all this city has to offer.