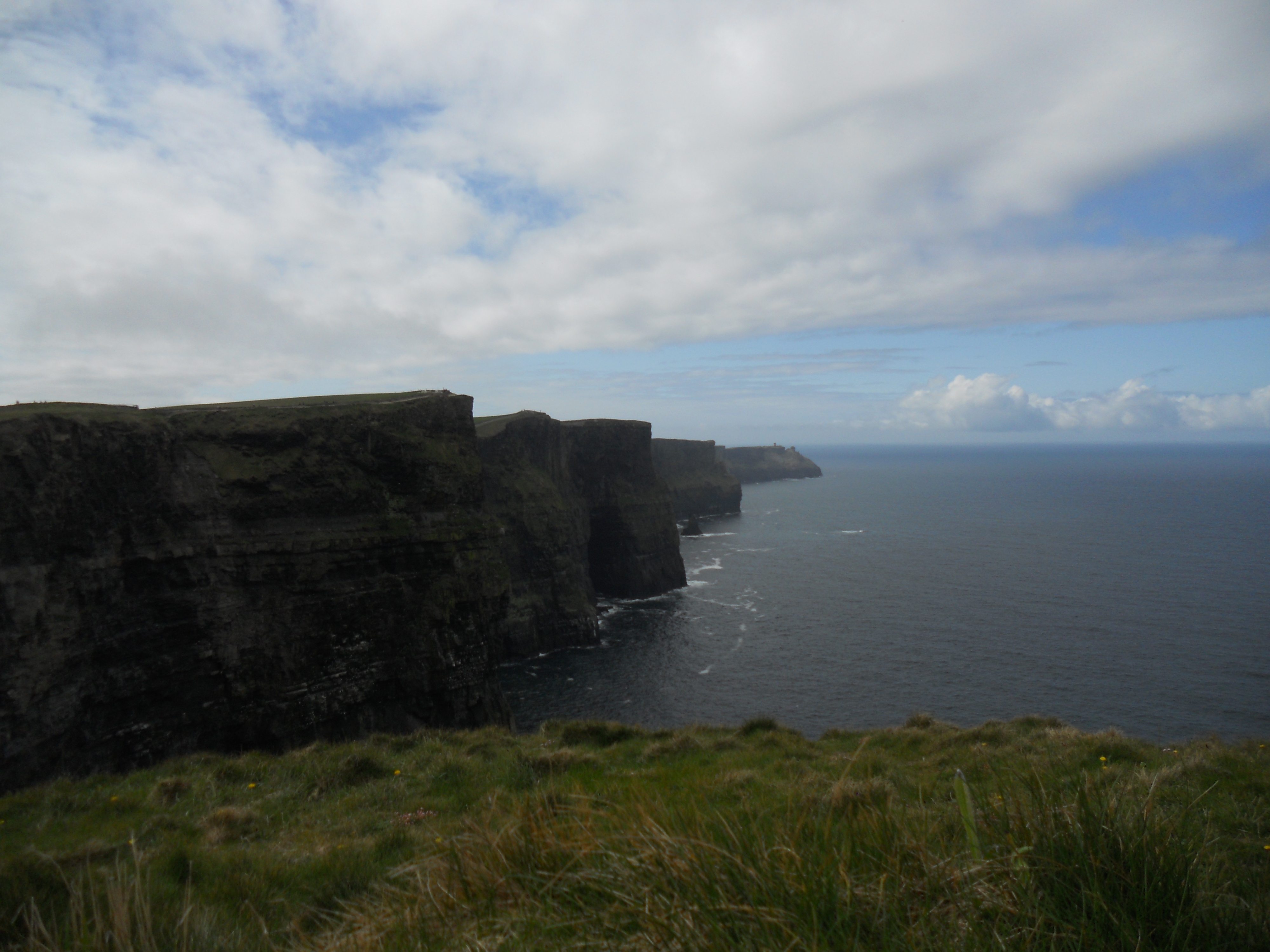 The Cliffs of Moher

Adventures in Scotland and Ireland While I had dreamed of traveling the world when I was younger, I never fully believed that would be possible for myself. There was always some seemingly big obstacle in the way, such as money or being too young. Last week I found myself doing the “impossible”: I traveled around Europe, living out of a backpack. While I have been on a few weekend trips already this semester, it felt so authentic to be traveling for a whole week. I finally felt like a real traveler that spends their life meeting new people, wearing the few clothes that they have with them repeatedly, and learning about many new cultures while seeing it before your own eyes. After traveling for a straight week, I finally realized how fun it is to wake up in the morning and think, “Where am I going next today?”

My first stop was in Edinburgh, Scotland. I had really chosen this location randomly based off the opinion of a friend who had been there already, and I didn’t know much about the city or even Scotland itself. I had head that it was a very beautiful city, but it wasn’t until I stepped off the bus and took a look around that I knew the stories were true. Edinburgh is an amazing city. It isn’t very big, but it makes up for its small size with its sheer beauty. Everywhere you look, there is something wonderful to see. It has a castle, many cathedrals and churches, mountains, and a lake. What else could you ask for from a city? One small downside to living in Edinburgh is the weather. Although it was the end of April when I visited, it was only in the 50s all week, and there would be random boughts of wind and rain. A lot of locals said it was summer weather! Despite the bad weather, Edinburgh charmed me in so many other ways that I soon forgot about the cold. The first day my friend and I were there, we climbed Arthur’s Seat, which is the highest peak of a group of hills in the center of the city that were formed by an extinct valcano. It was a little steep going up, but there were steps built into the hills to help us along. The grass on these hills was incredibly green, and there was a huge breeze that nearly knocked us off the side of the hill as soon as we reached the top. The view was wonderful, and it was an amazing start to my weekend in Edinburgh.

Throughout the few days that we were there, my friend and I went on three different tours of the city. The first was a ghost tour at night which took us to a graveyard, underground vaults, and other spooky places while telling us about the dark history of Edinburgh. The next tour was a free three hour walking tour, which was surprisingly great for a free tour. I learned so much more history about the city and Scotland than I thought I would in the few short days I was there. The company (Sandeman’s New Europe Tours) has tours all over Europe, so I would recommend checking them out if you are ever in Europe. We also went no their spooky tour about witches, fairies, and cannibals, and that was pretty awesome as well. Overall, I really enjoyed my time in Scotland, learning about its history, and talking to the locals. The Cliffs of Moher

Next on our agenda was Dublin, Ireland. I have heard so many times that Ireland is an amazing and beautiful place to visit, so of course I had to see it for myself. Dublin is a fairly large city with lovely cathedrals and a fun nightlife. What else would you expect in Ireland? We ended up taking the same free walking tour around the city and learned a lot about Ireland’s history. I’m not much of a history buff, but it’s so different when you’ve thrown yourself into a strange city and have no idea about its present or past. That’s why I really liked taking these walking tours; it’s so much better learning about a foreign city if you are actually there to see the sights for yourself.

My favorite part of my trip to Ireland was when we went on a day trip to the Cliffs of Moher and Galway, which are on the complete opposite side of the country from Dublin. The Cliffs of Moher look over the Atlantic Ocean and are just breathtaking. On the way to Galway, the bus took us through the countryside along the coast, and we stopped at a few sights to take pictures. It was a perfect sunny day, and I had such a great time looking at all of the sheep and rock walls amongst the green fields. Galway was a very sweet town next to the sea filled with ancient churches, landmarks, and good food.

I had a wonderful time seeing the sights in Scotland and Ireland during my first week of spring break, and I can’t wait to continue my journey around Europe this coming week. Rocks on the Irish Countryside