A Dilemma in London

The dilemma occurred on the last day of our fall break, the day we were to head back from London to Reutlingen to resume classes. We left our hostel around 7am to walk an hour with luggage to St. Pancras International Station in order to check in to our train. The train in which we had to check in for was the Eurostar, the high speed train that goes from London to Paris. In order to ride the train, we had made reservations about a week prior through the Eurail app. While making the reservations, my roommate and I had difficulties with the Eurail website crashing; however, we were able to complete our reservation, but we failed to notice a major problem.

Panic and uncertainty immediately set in. My roommate and I decided to immediately sit down and try to figure out a solution. At first we had difficulty. After our mini panic attacks ended, we decided to buy a plane ticket to Amsterdam. From Amsterdam, we would take the trains back to Reutlingen. The only problem with our solution was that we could not find cheap flights for that day. The only cheap flights we could find were for the next day. Thus, we would no longer make it back to school for our Monday classes. Although, we would miss class, the later was the more economical option for us so we decided to book a hostel for the night and proceed with our plan.

In short, we made it back to Reutlingen a day later than originally planned; however, we learned important lessons from our experience. In addition to learning to always quadruple check your reservations, we learned that while traveling there is always going to be an obstacle, but we cannot let those obstacles ruin the overall trip. Even though we had this issue, we did not let it take away from the rest of the experience that we had in London. If anything we were able to enjoy the extra day that we were given and make another memory that we can share with family and friends later on. 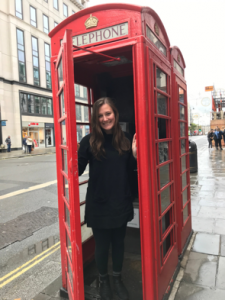 What I Learned While Studying Abroad in Australia: The Adventure is Never Over

Reflection: Studying in Japan during fall semester was for the best