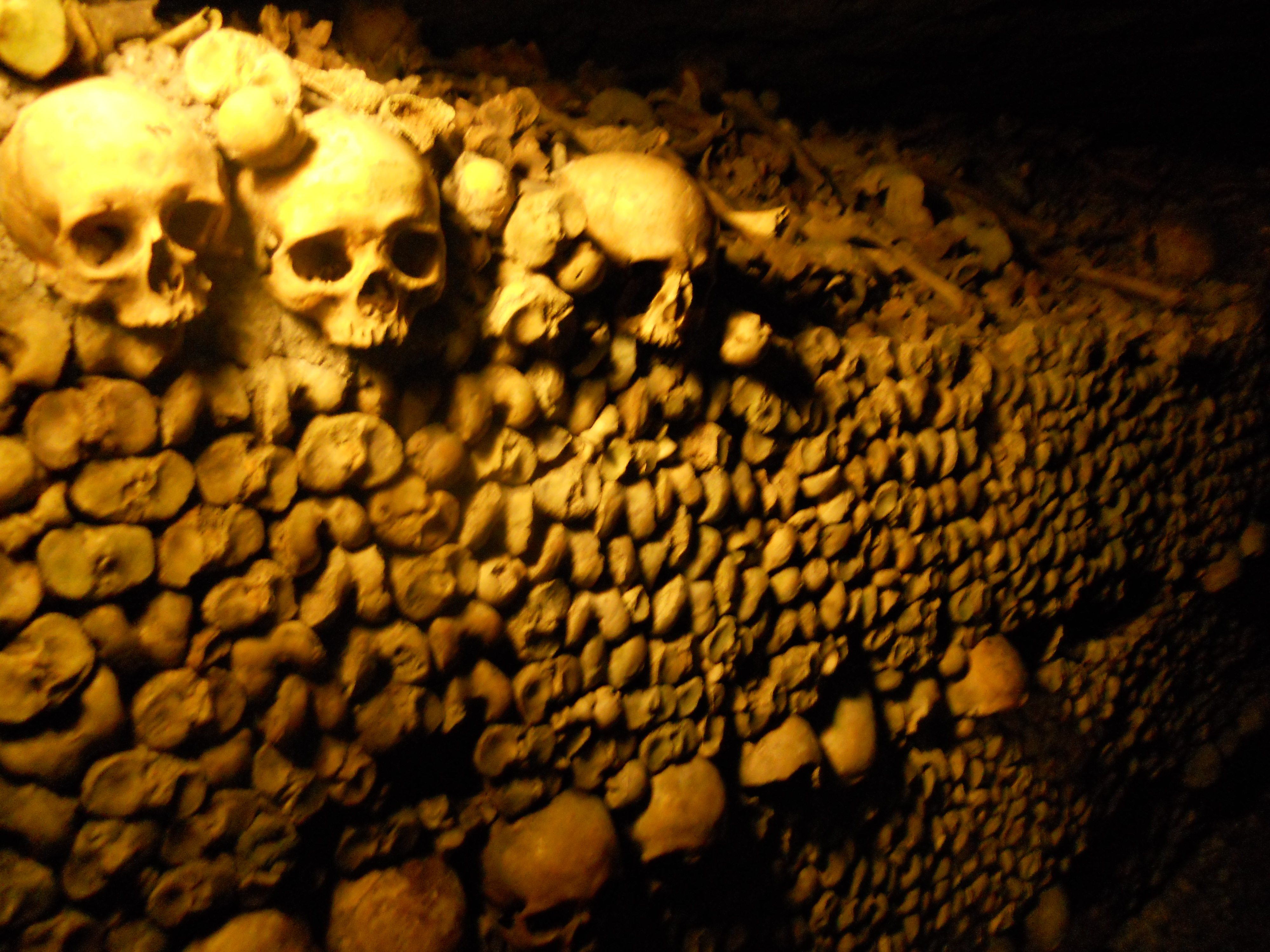 Tunnel leading to the cemetery

Last weekend I visited a unique cemetery in the 14th district called the catacombs. Like the name suggests, the cemetery is in a system of underground tunnels, but what makes it truly bizarre is the way the bodies are arranged. The bones of about six million people are neatly arranged along the walls for all to see.

At the end of the eighteenth century, cemeteries in Paris were becoming overcrowded and a serious health problem for the city. From April 7th, 1786 until 1788, the bones from every cemetery in Paris were transfered to the underground quarries, always accompanied with a blessing from a priest. In 1810, the catacombs were renovated, and the bones were then neatly arranged with a few tombstones and decorations. The cemetery eventually became a tourist attraction in 1874. Fun fact: Victor Hugo used the catacombs in his 1862 novel Les Miserables, and you can see the tunnels (minus the bones for some reason) in the new film, as well. While I have seen my share of horror films, being in these tunnels with the bones of six million people was a little unsettling. At the time, I had no idea just how many bodies were down there, and when I think about it, six million sounds about right. Like any other great attraction in Paris, you have to walk up and down many stairs to get to your destination. The tunnels themselves were very small; the ceilings must be less than seven feet high, and the walls are only a few feet apart. I would not recommend veturing down there if you are afraid of small spaces! Or skeletons, for that matter.

Being in the presence of so many bodies was a rather creepy but humbling experience. I was reminded that someday I will be put into the ground just like the millions of bodies in the catacombs. While many who visit this cemetery are respectful of the dead, many others are not: there is a good amount of graffiti on the tombstones and even on a number of skulls. It made me very sad to see how others want to right their initials on a person’s final resting place and even on the person’s own skull. The cemetery was also closed for four months in 2009 due to vandalism, which shows how little respect some people have for the dead.

If you ever visit Paris and want to see something different, I would definitely recommend visiting the catacombs. The line was a little long since my friends and I went on a Satuday, but I’m sure the lines are shorter on weekdays. Just make sure you’re ready to climb a lot of stairs and to whisper for a while, and you’ll be prepared to visit the strangest cemetery in Paris!