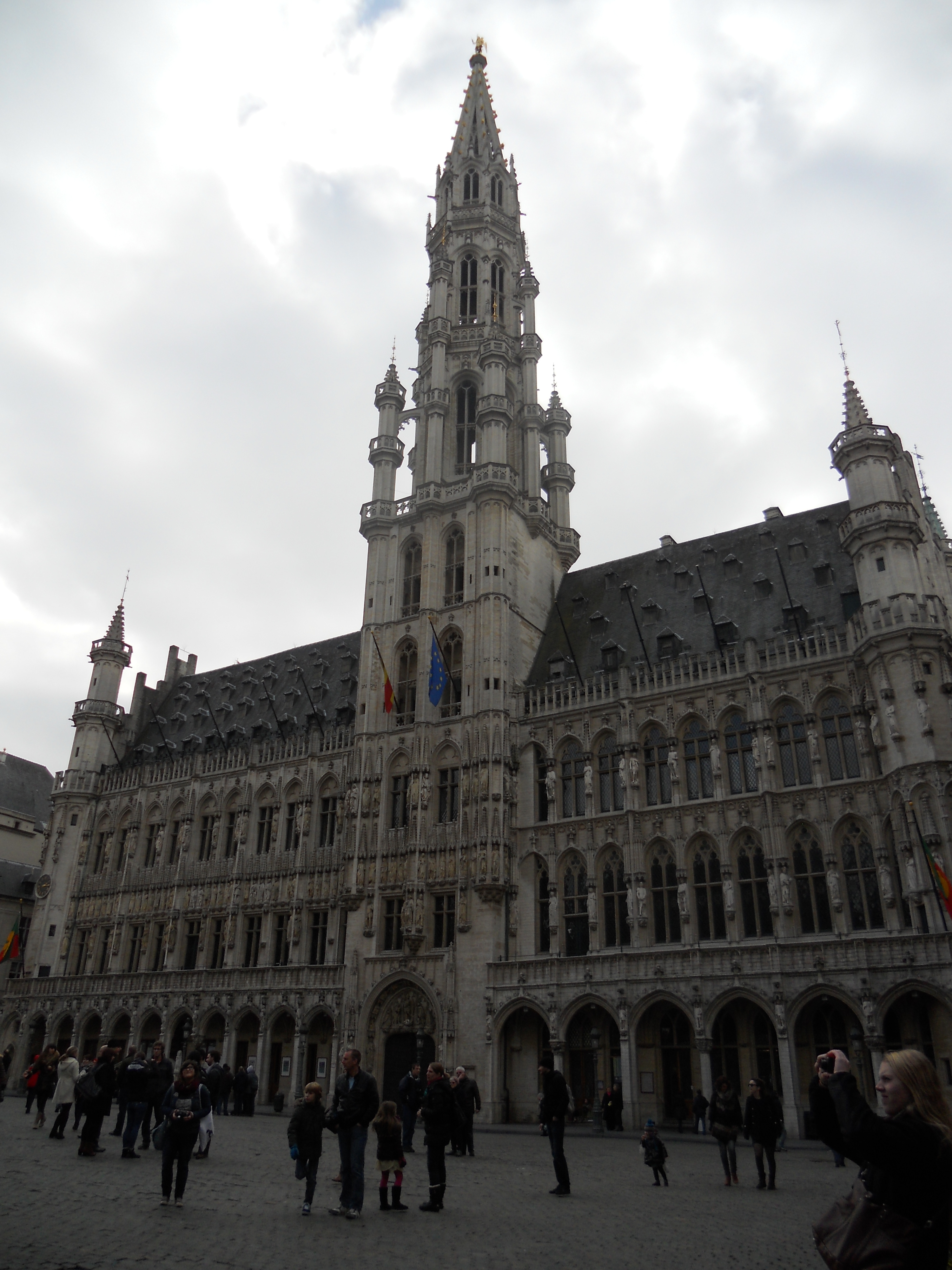 Lately I’ve been feeling a little couped up in Paris. While that may sound strange since I am, afterall, living in an amazing city, I know that I am only a short (and cheap!) train ride away from visiting another country. The itch to travel has definitely found its way under my skin, and the only thing that would satisfy it was a weekend trip to Brussels, Belgium. I left with two of my friends in my program bright and early Saturday morning on a four hour bus ride to Brussels. We slept most of the way there, so the early departure wasn’t too bad. One thing that surprised me on the ride there was how much France’s Northern countryside looks like the Midwest back in the U.S. All I could see were flat plains, highways, and a few small towns. It made me a little nostalgic for home, but that feeling was immediately dismissed when we arrived in Brussels. At first, I thought downtown Brussels looked a heck of a lot like Paris. After taking a closer look, I started noticing the differences between the two cities. While French is the official language of France, Belgium has three official langauges: French, German, and Dutch. The difference was mostly notable on the store and street signs around the city, as most of them had a French and Dutch translation. Another major difference between Paris and Brussels is the architecture. The buildings in Brussels have an altogether distinct look; many are tall, narrow, and have certain rustic look that is very different from French architecture. The Grand Palace and the Palais Royal were particularly breathtaking, as they are both absolutely huge!

Besides beautiful buildings, another thing Brussels has plenty of is museums. I arrived on a particularly great day to see them; that night there was an event called Museum Night Fever where you could hop on a shuttle bus and go to 23 museums around the city just for 12 euros. The museums were open from 7:00 p.m. to 1:00 a.m., and there was even an after party from 1:00 to 6:00 a.m. While my friends and I planned on going to a few museums, we ended up only going to the Museum of Natural Sciences and then straight to our hostel where I practically collapsed from exhaustion. Sight seeing can really take a toll on your body! The one thing that I absolutely loved about Brussels was the food. Belgium is known for being the birth place of waffles, fries, and Godiva chocolate, and you can definitely tell this from the amount of food vendors in the touristy areas. Everywhere you turn, there is another waffle vendor or a chocolate shop. I personally love waffles and chocolate, so I knew that I would have a great time in Brussels as soon as I arrived. The waffles tasted like pure heaven. While I love a good Belgian waffle in the U.S., nothing could compare to the freshly made waffles that I ate here. One was stuffed with choclate, and the other was piled high with strawberries, bananas, whipped cream, and chocolate sauce. Needless to say, that last waffle held my appetite over for a good amount of the day.

Overall, I had a great time in Brussels. It was nice being able to speak French in another country and not worrying about how I was going to communicate with people. We’ll see how that goes when I travel to Italy during spring break! At the end of the weekend, I was grateful to come back to Paris, to not have to look a map 24/7 to know where I am, and to see a few familiar faces. After being outside of France for the first time, I think Paris is really starting to grow on me. The many sides of London