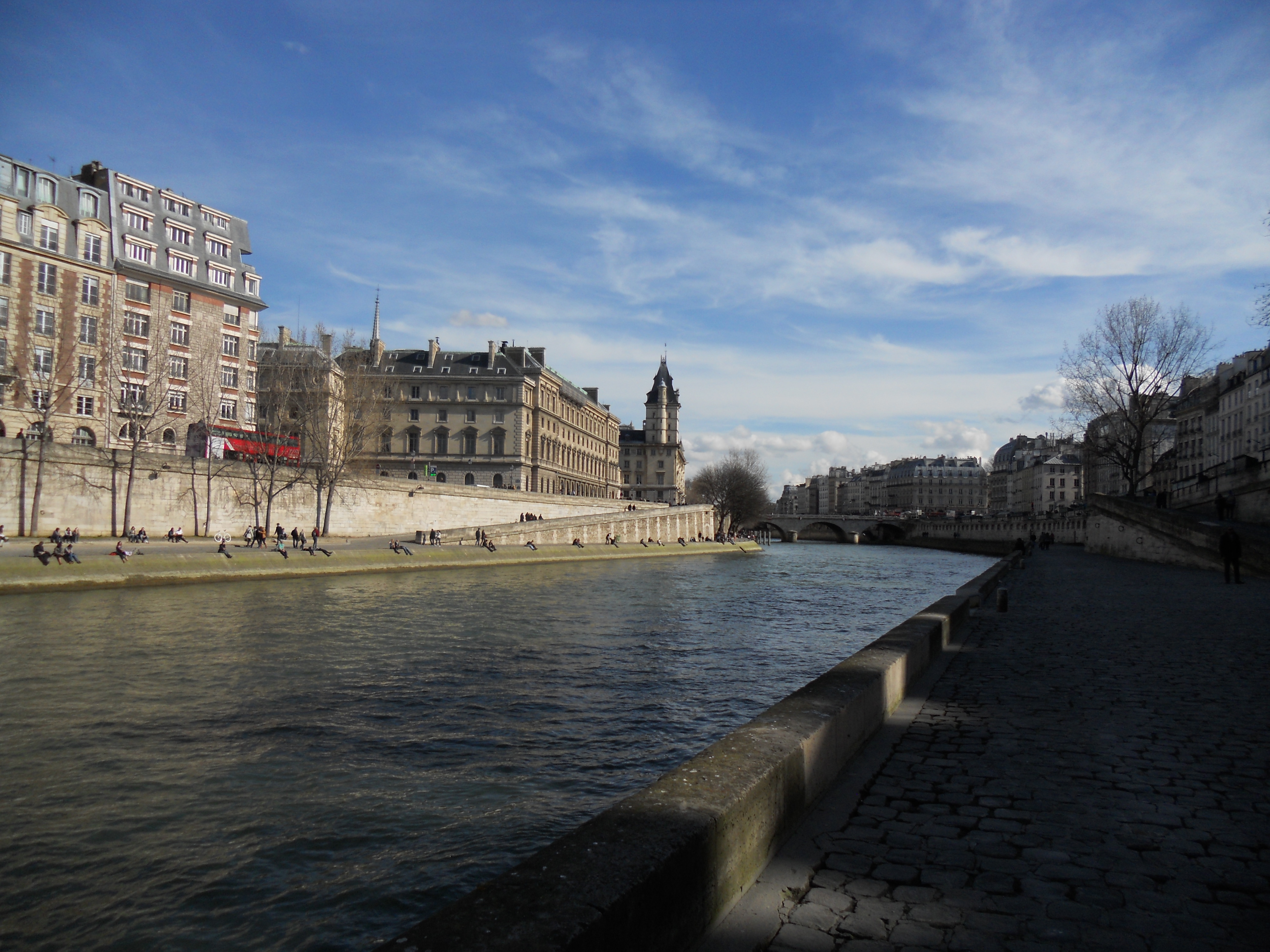 Just an Average Day in Paris So much time has passed since I first stepped off a plane and into Paris, but sadly, for most of that time Paris has been covered with gloomy, grey skies combined with a somewhat nice day here and there. Miraculously, last Saturday the clouds parted and let the sun shine throughout the entire day! I couldn’t wait to shed my winter coat, run into the sunlight, and feel its warmth for the first time in months. I absolutely love spring. Not only is my birthday during this season, but it’s also because I enjoy watching nature come back to life after a seemingly endless winter.

To take advantage such nice weather, my friend and I decided to take a long walk around Paris. We had heard of a demonstration going on all around the city and thought it might be cool to participate. One thing that the French are known for is their demonstrations. Almost every week, you can find a huge crowd causing a scene on the streets with their slogans and picketing; Parisian’s always seem to find something to protest about. In January, a demonstration made headlines around the world due to the thousands of people protesting gay marriage. Just after I arrived in Paris, there was even a counter-rally in favor of gay marriage. (This was days before the government voted on legalizing gay marriage, which passed.) The demonstration that I went to was called the Chaine Humaine (Human Chain in English) thats purpose was to protest the use of nuclear energy. From a nuclear power plant just to the West of Paris all the way to the East side of the city, there were people holding hands to form a human chain. We didn’t stay for long, but it was really cool to see so many people fighting for the same cause.

After grabbing a Nutella crepe, we left the Pantheon and headed West to stroll along the Seine. As we were walking, I couldn’t help but notice how familiar the scene before me seemed. I kicked the thought around for a minute and suddenly realized that that same moment had been shown in so many films before: the perfect sunny day in Paris along the river. Before I knew it, I heard an accordion in the distance. I smiled and thought, “So this is Paris.” I had finally stumbled upon that perfect day in Paris that everyone dreams about. A day that captures all every good stereotype about a place, and you just feel so happy to be in that spot at that very moment. Perfect weather, a warm crepe, the sounds of an accordion as you look over the Seine. How could it possibly get better than that?

Of course I do not live in a perfect world, and this did not turn out to be a perfect day. My friend and I ended up walking 4 1/2 hours around Paris, and by the time the sun set, my feet were killing me. We walked all the way to the Eiffel Tower to climb it for the first time, but of course the line was incredibly long since it was a Saturday. So while that perfect day in Paris may not be realistic, there are those special moments that I find myself pausing and realizing how lucky I am to be living here in one of the greatest cities in the world. Hopefully I’ll be able to find more of these moments as spring starts to head our way 🙂 The Hills Are Alive With the Sound of Music

The Luck of the Irish