I’ve loved my semester in Viña del Mar! I’ve met some really great people, had some incredible experiences, improved my Spanish skills immensely, and learned a lot about myself. With that being said, I really want the next students to enjoy it as much as I have. So I’ve compiled a list of things that I wish I had known before coming, or words of advice that I think everyone should keep in mind during their semester abroad in Viña del Mar, Chile.

The Chilean dialect is really distinct. Well-known for talking fast, with every sentence full of slang, Chileans don’t pronounce the ends of words. Even some of my friends from Spain and Mexico told me that when they arrived, they struggled to understand the dialect too. So don’t feel bad if you’ve spent years studying Spanish and don’t understand a word they say! Just be prepared to say “¿Cómo?” or “¿Qué significa?” a lot! More often than not, Chileans know that their dialect is difficult, and they’ll be really kind about explaining themselves.

Invest in a change purse and carry coins with you everywhere. Chileans don’t like big bills! Even though they have bigger bills like 10,000 or 20,000, they sometimes refuse to accept them and ask if you have anything smaller (“¿Tiene más sencillo?”). You will start to accumulate a lot of coins, and make sure to carry them with you! If you hand a bus driver a 10,000 for a 300 peso bus ride, he will just look at you and laugh.

Always carry hand sanitizer and tissues. Free toilet paper and soap in public restrooms are rare! Sometimes you have to pay for the paper, sometimes there isn’t any paper, and other times you might even have to pay just to use the bathroom. I can’t tell you how many times my friends and I have been thankful for hand sanitizer and Kleenex, especially at bars or clubs.

Be careful on public transportation. In Chile, the buses are called micros. And usually they are pretty safe. But always keep your guard up! Don’t pull your phone out, don’t text, and keep all of your pockets zipped! A few of my friends have had their wallets/phones stolen from them simply because they weren’t paying attention. Keep in mind, I’ve never feared violence or anything scary like that. For the vast majority of the time, stealing phones/wallets is their only objective, and it’s easy to prevent! Just be smart and keep your valuables safe and out of sight!

Eat street food. Some of the best food I’ve had here has been from tiny, random places around town, not from the fancy places catering to tourists. Of course, be smart about where you eat- make sure there are local people eating with you before you eat the stick of meat from the lady cooking off a shopping cart in the street. But I swear, fries from the street in Valparaíso are a step above. And I’ve had an eggroll from a street vendor in Santiago that puts my favorite Chinese restaurant to shame. Seriously- don’t be afraid to eat street food! 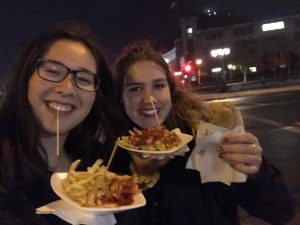 Get to know Chile. This country is the longest in the world. That means there are countless places to explore. From gorgeous and green Patagonia in the south, to the dry Atacama Desert in the north, there are endless places to explore. Maybe they aren’t as iconic as the typical European destinations like the Eiffel Tower or the Coliseum, but Chile is unique and special on its own. Take time to get to know different regions, and you’ll feel like you have a much deeper understanding for the country by the end of the semester. 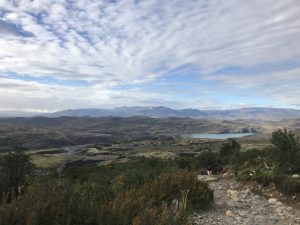 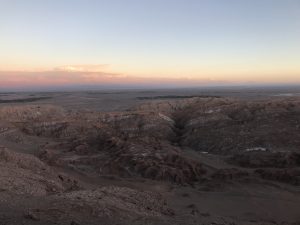 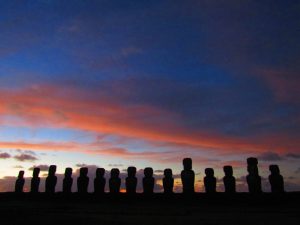 Make Chilean friends. At the end of your semester, you will probably have friends from all over the world (Mexico, Germany, France, etc). But be sure to also make an effort to spend time with your Chilean classmates as well! They will be able to show you cool lesser-known spots around Viña, help you with the Chilean slang, and by the end of the semester, they will be one of the main reasons why you loved Chile. 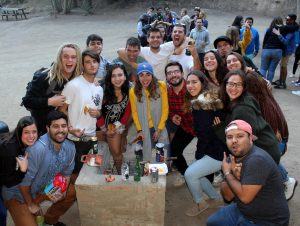 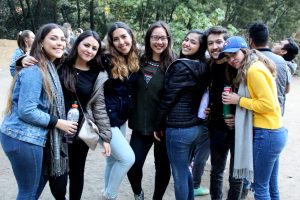 Say yes to everything! Some of my best experiences this semester have been the ones where I originally didn’t want to do anything, but just said yes anyway. You didn’t come all the way to Chile to stay at home, or be comfortable- you came to challenge yourself, to improve your Spanish skills, or to know a different culture. Whatever your reason was, saying yes to (almost) anything will pay off. You’ll have a great time and be thankful you said yes, or at least you’ll have a great story.

Bring stuff from home. For example, I brought Reese’s peanut butter cups, chocolate Rolos, and other typical American snacks because I knew they didn’t have them here and I wanted to share them with new Chilean friends! My other American friends also brought things like postcards from their hometowns, the USA flag, and other “American” things to share with our international friends. It’s nice to give them a little something to share your culture, and also give them something to remember you by when you inevitably, unfortunately, leave to go back home at the end of the semester. 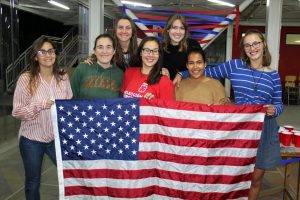