A lot of people in my life don’t realize this, aside from some of my closer friends, but I have had a bit of a rough year. While I made some incredible breakthroughs in both my professional and personal development, at the same time I came to realize how flawed and lacking I am in other areas, and how much further I still need to go in order to become the person I strive to be. I won’t deny I spent a decent portion of the summer trying (and not always succeeding) in putting myself back together after taking some hard knocks last semester. On the upside, I had a fantastic internship over the summer, and once that was completed it was with great anticipation and anxiety that I embarked on my first time traveling outside of the United States independently. Living in Japan has been my dream for the past five years, which is why I chose this specific program. 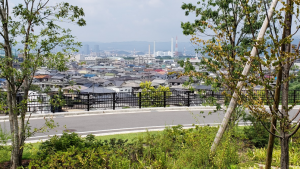 Hirakata-Shi, my current place of residence.

So far it has been fantastic. Having this study abroad has restored my sense of order and purpose while giving me hope for the future. It is also going to be the last semester of my undergraduate, so it also feels like a second chance at having the semester I wanted (but failed to attain) last spring. I would like to use this initial post to organize some general thoughts and observations over these first two weeks as I begin to get more settled in and integrated with my surroundings. 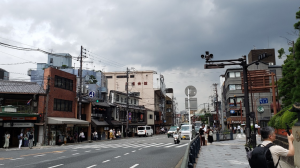 A street in Kyoto.

The first thing I would like to mention is that even broken Japanese and basic reading ability, when supplemented *appropriately* with English – goes very, very far here. I had always heard this but experiencing it for myself really drove it home. Quite a few international students at Kansai Gaidai came with almost no Japanese language or reading skills and they have certainly struggled in some areas. However, I have found that with my current level of proficiency (which I thought was not great) I have been able to do almost everything I have wanted to do with confidence. Ordering food, riding public transportation, quickly finding what I need at a convenience store, and even registering my change in address with the city hall, has not been difficult.

My language speaking partner and myself.

Additionally, I have found residential life to be extremely fulfilling. I was torn between living on campus or with a Japanese family, but I have found my current living arrangements on campus to be the best choice for me. I live with roughly 300 other international students (plus 300 Japanese), and about 200 of the international students are from either the U.S or Canada. Being in the middle of Japan, I of course encounter and need to utilize Japanese now on a constant basis. Improving my Japanese is something I no longer worry about. Kansai Gaidai may be an international bubble of sorts, but walk a short distance out of the gate and you quickly become a very, very, small minority in which attempting to rely on just English will limit you a good deal. However, living with what is probably the largest native English-speaking community in the Kansai region helps set me at ease when I am exhausted from using a lot of Japanese and reminds me that I am far from alone here. Students also had the option of applying for a language partner. The idea is that they will help you with your Japanese, and you can help them get even better at English. All these things combined act as an overall great support network, one just needs to be willing to seek them out. 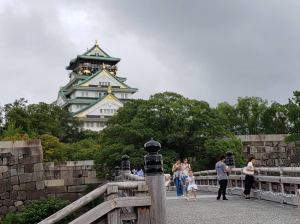 Overall, I look forward to the coming weeks and months ahead. So far, I have been on multiple trips to Osaka (public transportation is amazing here), went on a Kyoto tour, and have familiarized myself with much of Hirakata-Shi. Classes have just started for the Asian Studies program, a week ahead of everyone else. As far as academics go, this is will be the easiest semester I have had in a very long time. I plan on using that extra time to network, travel, and all around get as much out of this experience as possible.

A Day in Reutlingen