“But where are you REALLY from?” 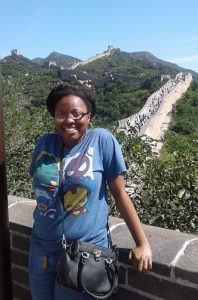 “But where are you really from?”

This was the second sentence out of someone’s mouth after knowing me for about 30 seconds. He was Ghanaian and Lebanese, so I was a little surprised he asked this. I’ve been asked this question numerous times since I arrived here by Chinese people and other foreigners alike, but this is the first time I had been asked this from someone who was also black.

“You are black American, but where is your real country?”, he replied.

“I don’t know”, I said, not really wanting to get into the 300+ years of history that black people have with the US.

Even though this isn’t the first (nor will it be the last) time I’ve been confronted by this, I thought more about this than I have before since I came to China. When I think about where my “real” country is, of course, I think of the United States. However, for some reason, others don’t seem to see it that way. When making small talk with taxi drivers, they will ask where I am from and when I say “USA”, every time, they will say “Really?” or say “But where are your parents from?” Even one of my Chinese professors asked me this on the first day of class.

I didn’t expect to come here and have to defend my “Americanness” on what seems like a daily basis. I also realize I can’t expect everyone to know the US’s history and the complicated ideas of identity that we have there. However, it can be frustrating to be asked this regularly especially when your white, American counterparts are never asked this.