Travelling around when studying abroad is a must. When you have free weekends, long breaks, or time where you can get out there and bop around, you should try to take the opportunity. One thing I didn’t realize about Australia before I got here and figured out the transportation system is that Australia is HUGE. Australia has around 20 million people populating the entire country and it is almost the same size as the US. This means that it is way less densely populated than the US, which has almost 300 million people living throughout it. This makes travelling around the country a little more challenging since things are more spread out. In saying that though, there are still many ways to get around this country if you have the time to do so. And luckily, Sydney is a short two and a half hour train ride away from Newcastle where I am currently studying abroad at.

Getting into Sydney is an easy trip. Simply take a 15-minute bus ride to the Hamilton Train Station. Then ride that train for about two and a half hours straight to Central Station in Sydney. Then you’re right in the middle of the city! Sydney is a beautiful and diverse city that strangely reminds me of Chicago whenever I have gone there, which now has been about four times. The first time I went into Sydney it was with a bunch of my American friends for a boat party put on by UNESN (the international exchange group found at the University of Newcastle- HIGHLY recommend joining). The boat party was on a Saturday, so we ended up taking the train in on Friday and stayed two nights in Sydney at the YHA Backpackers Hostel (one of the best hostels in Sydney and very inexpensive for those on a tight budget). The boat party was a blast. It was a beautiful day, the boat took us all around Darling Harbour, and this was the first time many of us got to see the Sydney Opera House! 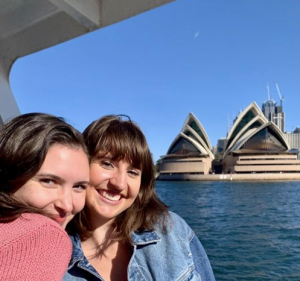 The next day after the boat party, we all stuck around in Sydney and explored. We walked the entire city and tried a bunch of great food along the way. We also walked up to the Sydney Opera House to get a better view of it. While there, I learned that the Sydney Opera House opened on October 20th, 1973 and hosts almost 1,500 performances annually. It was also the youngest finalist in the New7Wonders of the World campaign that lasted between the years 2000-2007, compared to the other finalists that were all built before the 1900’s. This building was absolutely breathtaking. You can’t really tell from far away or even in most pictures, but the entire roof is a mosaic of beautiful white and blue ceramic tiles. Seeing this building in person was something that is hard to explain. I’ve seen pictures of the many wonders of the world growing up in school, but when you actually see one in person it is unreal. The entire time I was standing there looking at this detailed and inordinate piece of art, it was hard for me to believe I actually was. While I was touring around the Opera House, I had many moments that made me realize to a deeper degree where I was in the world, that I was really all the way on the other side of the world, over the entire Pacific Ocean, and in Australia. This may sound like a silly thing to recognize a month into my travels here in Australia, but when you study abroad and feel it you’ll understand. 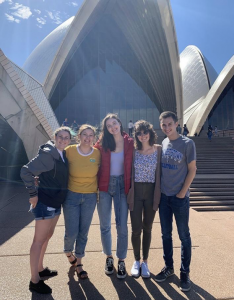 Amber, Sammi, Me, Holly, and Joey in front of the Sydney Opera House

So after this first trip into Sydney, I have been there now three more times. Once for new tattoos, another time for a 1975 concert, and another time to see the Russian Ballet perform Swan Lake. Even though it can be hard to travel around Australia since everything is so spread out and you may need to take a flight to some places, it’s fun finding things near you that are easily accessed and great fun! One piece of advice I would have to anyone studying abroad or planning to is to not forget that even though traveling to these exotic places around the world is a blast when studying abroad, sometimes there are things right next to you that are worth taking a look into, seeing the beauty in, and being grateful for. 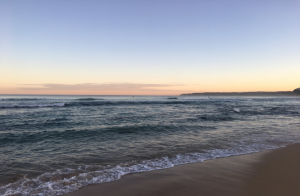 Do You Really Know the Country You Studied in?